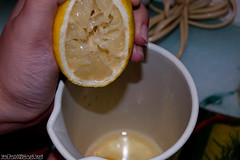 An easy recipe to make but original. Dice chicken and sauce are tasty now © won at any time of year ± o.

If you do not have buckets of chicken and prepared, simply take the supreme (which are without bones) and cut into cubes of size ± or snack (approximately 2 inches square).

Having oil in a skillet over medium heat and bring to heat. Enter and leave the chicken without moving for a few minutes to take the next color that is in contact with the bottom of the pot. Then turn using a tula space and let it cook.

In a small saucepan boil ± a 400 cm3 (a little less than half a liter) of water with the chicken bouillon to form a pool of chicken. Once the water boils and the cube has dissolved, add the flour and butter in roux. If you prefer not to prepare the roux will possibly introduce sifted flour Ndola at the time (to be used twice as flour), with either more © all the preparation n is more s thick that is the goal.

Once the sauce has acquired a thick consistency s more enter now © won and mix.

While the sauce is prepared to go stir the chicken until it is © to the desired point. It will be ready to eat after about 15 or 20 minutes of cocci ³ n, but from aha good idea may be to raise the heat to maximum and keep it in motion to achieve a brown crust around the chicken pieces.

Serve the chicken cubes on a plate and drizzle with the sauce now © won. ± ass can accompany with, for example, a mixture of green leaves.

We use cookies to ensure that we give you the best experience on our website. If you continue to use this site we will assume that you are happy with it.Ok